The Round Ireland is Ireland’s premier offshore yacht race, and the second longest race in the Royal Ocean Racing Club calendar. The first race took place in 1980 with only sixteen boats. Since then, held biennially, the fleet has grown steadily, attracting a record 64 entrants from all over the world.

There are a number classes in IRC in which boats and their crews can compete. 2004 saw the launch of the “Two-handed Class” which has introduced a new level of competition for the more extreme sailor. The 2016 race saw the introduction of multihulls sailing under MOCRA rules. In the past, boats competing have ranged from a 98-footer former “round the world” maxi, to club boats one third the size, with all shades in between. There will be a Class 40 category in the 2018 race.

Wicklow Sailing Club is delighted that the Royal Irish Yacht Club, Dun Laoghaire, has agreed to act as the Dublin host club since the 2014 race. This association with the RIYC is especially beneficial as it enables more and larger competing yachts to be hosted prior to the start of the race.

The race is uniquely identified by a series of waypoints around the Irish coast at which the competitors used to report their position and time. With the introduction of GPS tracking in 2008, this necessity to report in has been removed.

The current monohull record is held by George David in Rambler 88 who completed the course in 50 hours 24 minutes and 9 seconds in 2016.

The multihull record time was set by the Sultanate of Oman’s flagship trimaran Musandam-Oman Sail at 38 hours 37 minutes and 7 seconds in that same race of 2016. 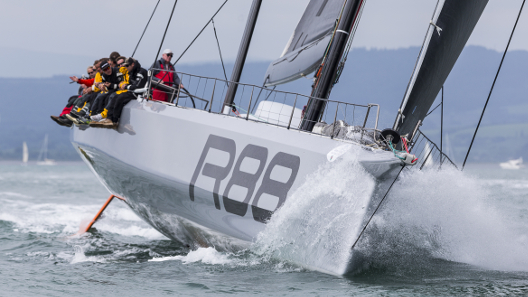 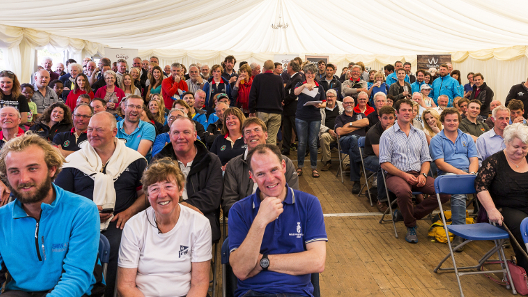 A Big Race run by a Small Club

The Round Ireland continues to be a big race run by a small club and for the competitors who return again and again, this is what makes the event so special.

The warm greeting and round the clock bar service when returning to Wicklow bring competitors back to the race year after year.